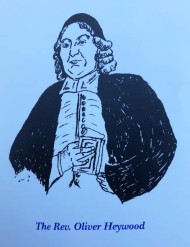 At the end of 17th Century a Non-Conformist Chapel was built in Bingley known as the Presbyterian Dissenting Chapel, it later became Independent and then Congregational. In 1695 they installed their first Minister “Accepted Lister”. 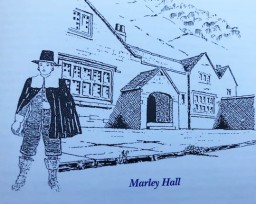 Oliver Heywood, the famous dissenting clergymen who was persecuted for preaching, wrote in his diary:

“On Thursday [5th September 1667]… I went to Bingley… and lodged at Marley Hall where I preached that night, the first meeting in private, I suppose, they have had in the parish. The Lord graciously assisted and brought together a considerable number who were much affected. Who knows but some good may be done!“

For anyone interested in a fuller history of our Church there is a book available at the Church called “Three hundred years of History 1695-1995” by Alison Kuhne.